Farewell to a Mayne Man of Monochrome

Just read on Film And Darkroom User that one of my heroes, Roger Mayne, died on June 7th.

The first time I came across the work of Roger Mayne was in (for me) an eye-opening exhibition at the Barbican in 1989 entitled Through the Looking Glass – Photographic Art in Britain 1945-1989. The exhibition featured superb images by Bill Brandt, Tony Ray-Jones, Fay Godwin, Don McCullin to name just a few. I bought the catalogue and it has been well-thumbed ever since!

A few years ago I attended a wonderful lecture at the NPG that Roger gave, talking eloquently and passionately about the splendid images he took on the streets of North Kensington in the mid 1950s. Even though Colin Macinnes commissioned Mayne to provide a cover image of disaffected youth for his novel Absolute Beginners, he was a photographer who never really got the recognition he merited. His monochrome photographs of street life in the area around Southam Street were both edgy and arty.

Hopefully, someone will now show a big retrospective exhibition of his work, which he thoroughly deserves. 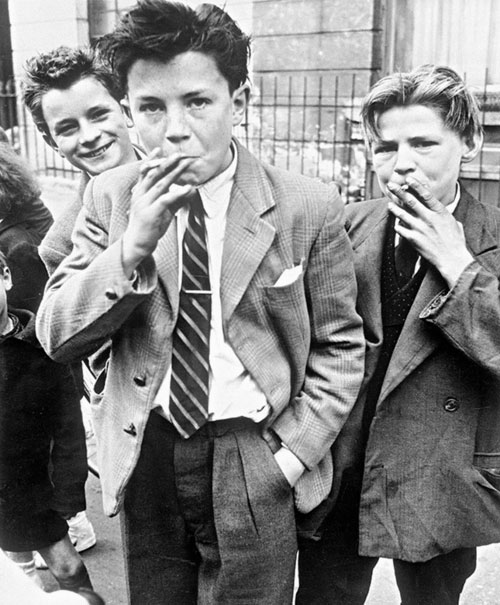