Has the Role of Film Ended…?

Just visited the Royal Academy Summer Exhibition – last year they had a complete gallery full of photography, including an information notice that said something like, “Photography has always played a big part in the RA Summer Exhibition…” This sign was an insult to photographers, as the previous year the few images that were on show were hung, literally, on the back of a panel screening the exit door!

So this year was to be no surprise: out of 1,250 artworks on show, I would think maybe only 15–20 were photographs!

My entry for this years Summer exhibition was not in fact a photograph – even though it was made up from 35mm film. The work (nearly a metre square) has the words “Has the role of film ended?” – the letters being made up of small rolls of 35mm film. As a darkroom photographer, I was indeed making a statement – a statement that obviously went right over the heads of the judges (who, no doubt, were sculptors/printmakers/artistes etc.) as I didn’t even get past the first round!

An artist friend of mine describes the whole RA Summer exhibition thing as a “cash cow”. At £25 per submission, and a limit of (only!) 12,000 entries from the public, I think I agree! 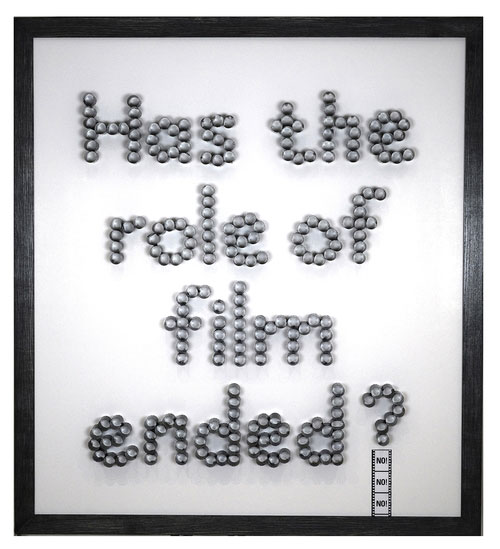 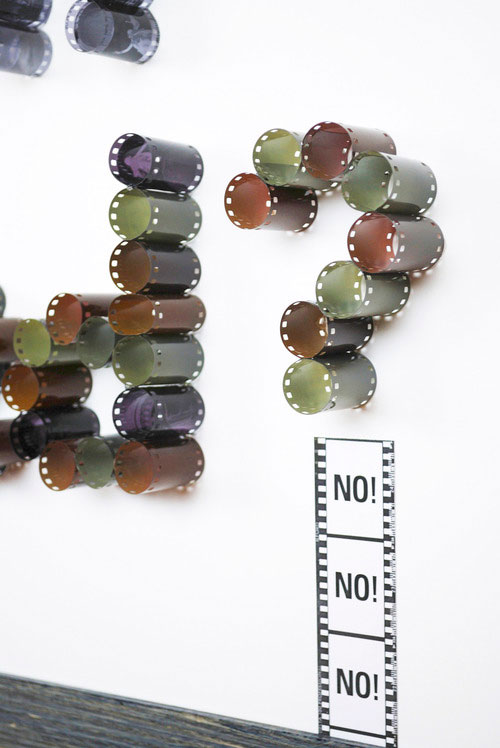